Cross-Channel freight trade could drop by between 75% and 87% for six months in the event of a "no-deal" Brexit, according to a Border Force document obtained by Sky News. 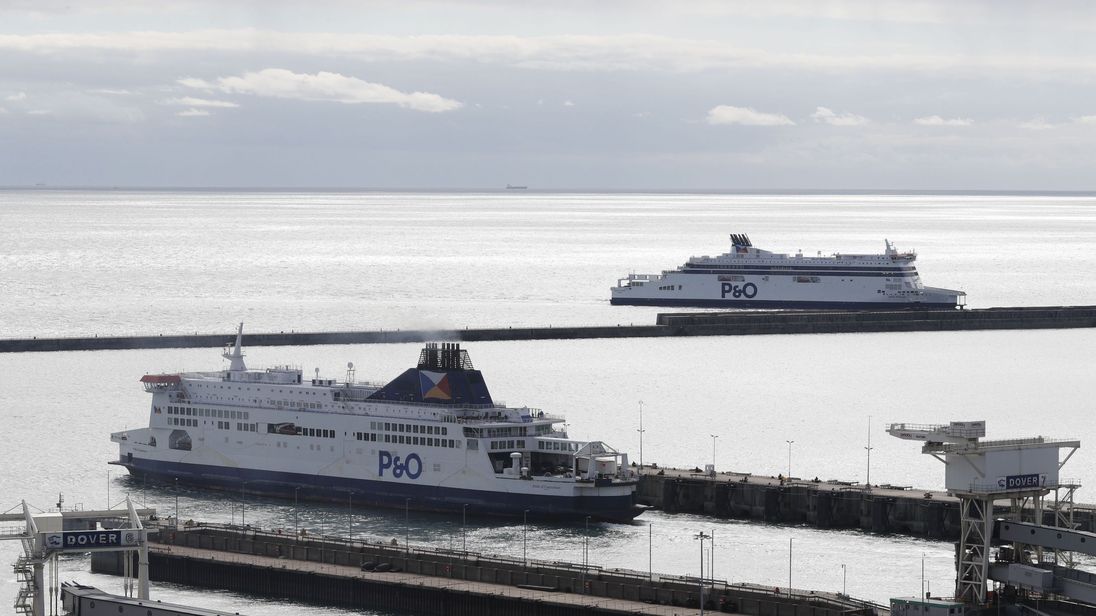 The estimate comes as part of an internal assumption for no-deal contingency plans.

A slide from an internal Government presentation marked "Official-Sensitive" and titled "Freight Traffic Contingency Assumptions" is a recent internal assessment much of which was omitted from public no-deal documentation.

It reads: "The reasonable worst case flow through the Short Straits is reduced to between 13% and 25% of current capacity for a period of between 3-6 months."

This is a reference to traffic from Dover-Calais and in the Channel Tunnel.

This occurs because of matters out of the control of the UK Government - the imposition of "third country" checks on UK trade by all EU countries and France in particular.

The document assumes: "The French will apply at least the legal minimum of third country customs controls on all goods and sanitary and phytosanitary (SPS) checks on specified food and agricultural products. This includes the imposition of 100% customs documents checks."

Even after an initial shock, Border Force assumes that a "new normal" for cross-Channel freight will be 50-100% of current flows lasting "until significant changes are made to improve border arrangements such as automation".

The document suggests that Agrifood exports (up to 15% of goods trade) would all have to be rerouted away from Calais and the Channel Tunnel to ports with an existing Border Inspection Post, such as Zeebrugge or Rotterdam, but that "it is unclear whether they will have sufficient capacity, causing delay at these locations".

The document acknowledges that a "significant proportion of traders will not be ready for D1ND (Day One No Deal)".

A no-deal Brexit would mean the UK leaves the EU on 29 March this year with no agreements in place for what the future relationship will look like and be under World Trade Organisation (WTO) rules.