Should JP Morgan pay its boss £24m a year?

Two stories from the banking sector this week highlight the difference between how business is done in the United States and Europe. 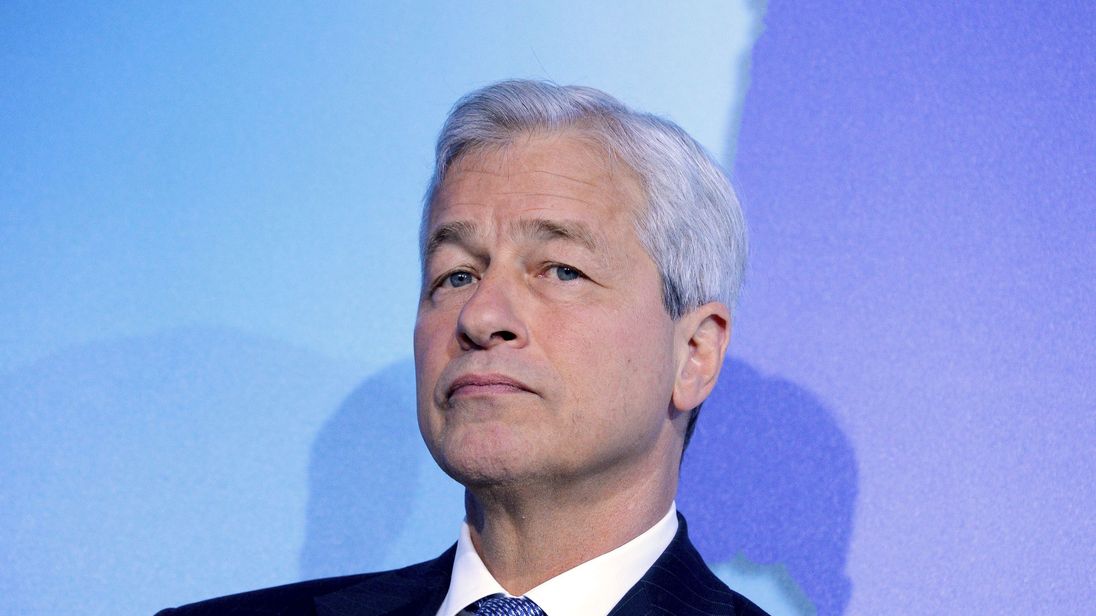 In the US it has emerged overnight that Jamie Dimon, the chief executive of JP Morgan Chase, America's biggest bank, was paid $31m (£24m) during 2018, representing a 5% pay increase.

The package is the most Mr Dimon has been paid in a year, exceeding the record $30m he received in 2007, prior to the financial crisis.

The pay-out could ultimately turn out to be worth substantially more than that, however, as most of it came in the form of 'restricted stock units' that convert into shares three years from now.

Mr Dimon will then be required to hold onto those shares for a further two years - so the ultimate worth of his 2018 package could ultimately prove to be a great deal higher.

In a statement, the JP Morgan Chase board said Mr Dimon had received the pay-out in view of its "strong performance" during the year.

JP Morgan Chase reported profits of $32.5bn for 2018 earlier this week, up 23% on 2017, representing the highest profit in US banking history.

Yet some will question whether it was necessary to give Mr Dimon such a rise.

JP Morgan Chase achieved a return on equity of 17% during the year, which is impressive by industry standards, but its share price actually fell by 9%.

Moreover, as banks are a geared play on the economies in which they operate, it is questionable whether that jump in profits was entirely down to Mr Dimon's exemplary management.

Donald Trump's tax cuts and rises in US interest rates by the US Federal Reserve helped raise the profitability of the entire banking sector.

In fairness to Mr Dimon, his ultimate pay-out could also turn out to be much lower than the headline figure of $31m, as the board of JP Morgan Chase also has the right to withhold part of the award depending on how the bank performs.

His 5% pay rise is also less than the 6.1% award received by the workforce as a whole.

It is a very different story at Banco Santander, the Spanish bank, which is Europe's largest lender by stock market capitalisation after HSBC.

It this week withdrew an offer to Andrea Orcel, an Italian banker, to become its chief executive due to queasiness over pay.

Santander announced in September last year that it had poached Mr Orcel from UBS, the Swiss lender, where he had been in charge of investment banking. Santander knew that Mr Orcel was owed a sum, reported to be worth €50m (£44m), in deferred pay by UBS that he would be reluctant to give up.

UBS also made clear it would not be paying any compensation to Mr Orcel. It, after all, had had to make up for deferred payments to Mr Orcel when, in 2012, it poached him from his previous job at Merrill Lynch.

Santander quickly realised that paying its new chief executive such a vast sum as a 'golden hello' would not be a good idea.

Spain's new Socialist government, which is propped up by populist anti-austerity party, recently passed a law obliging companies to publish the ratio of their bosses pay to that of their workforce as a whole.

The bank worried it could face public opprobrium if it met the entire cost of Mr Orcel's deferred pay.

On Tuesday, it announced Mr Orcel would not now be taking up the post, saying: "It has now become clear that the cost to Santander of compensating Mr Orcel for the deferred awards he has earned over the past seven years, and other benefits previously awarded to him, would be a sum significantly above the board's original expectations."

Ana Botin, the bank's executive chair, added that Santander has "significant responsibilities to the societies in which it operates" and said it had to balance the "respect we have for all of our stakeholders - the millions of people, customers and shareholders we serve - with the very significant cost of hiring one individual, even one as talented as Andrea."

The two episodes illustrate clearly the two different climates in which American and European banks operate. In the US, the banking system was put back on an even keel relatively quickly after the financial crisis, enabling lenders to rebuild their profits more rapidly than in Europe.

The US economy has performed more strongly and wages have grown more rapidly.

In Europe, the overhang from the financial crisis has lasted longer, while banks have taken longer to return to the profitability they enjoyed pre-crisis.

The sovereign debt crisis in the Eurozone has had wide ramifications and unemployment in some Eurozone countries, such as France, Italy and Spain, remains high. Hostility towards the banking sector is much more intense than in the United States.

It is hard to see how any European bank could either achieve the profits of a JP Morgan Chase or pay their chief executive what Mr Dimon received last year.

It is equally hard to imagine one of America's big banks balking at hiring a chief executive for fear of how his "golden hello" might play with the public or government.